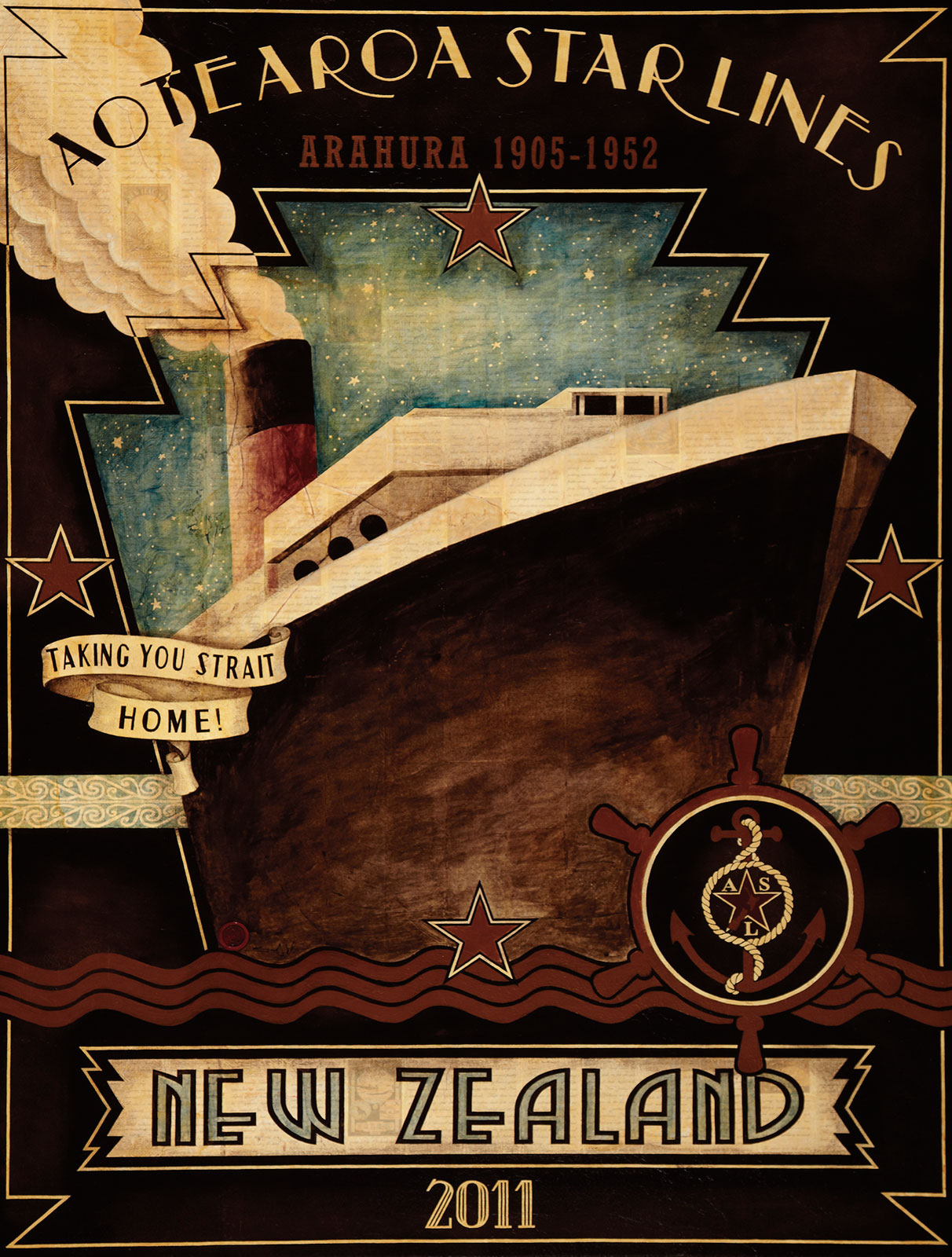 Taking You Strait Home, on the Arahura

The Aotearoa Star Lines art works are a tribute to the Union Steam Ship Company of New Zealand. Founded by James Mills in Dunedin, 1875.

Ship: This painting was inspired by the first Arahura. The original ship was built in Dumbarton, Scotland, my father’s hometown. I visited the area and though I wasn’t born there, it still felt like a journey home.

Kowhaiwhai (scroll design): This Kowhaiwhai was inspired by Ngaru, a traditional Maori design representing the cutting of the waves as the ‘waka’ moves through them.

Aotearoa Star Lines Logo: (star & rope): Logo created by: Red star with a white boarder from the New Zealand flag, rope representing New Zealand Ship and Marine society’s logo & the anchor, a symbol of all things connected with the ocean.