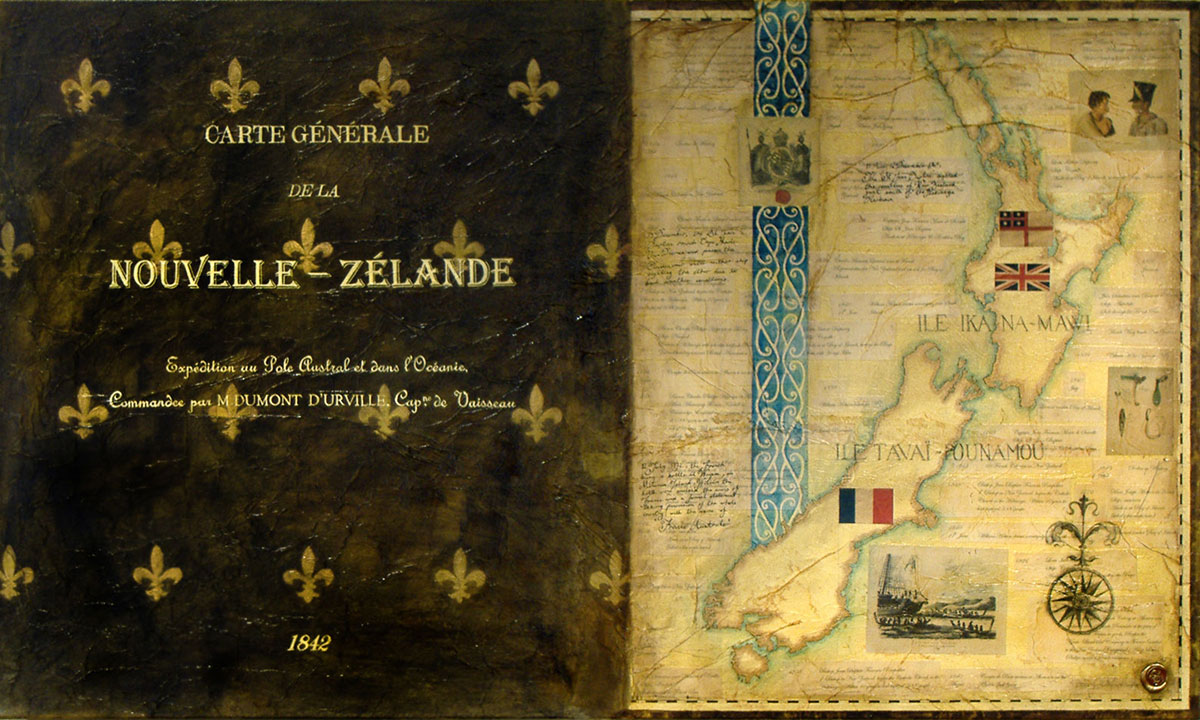 Map: The title and some of the information on the original map is what is written on the left hand side of the painting including the date it was created.

Fleur-de-lis: The design can be found in many places long before heraldic times, as far back as Mesopotamia. It is essentially a stylized flower, and served as a decorative element and became associated over time with royalty, especially in the High Middle Ages.

Handwriting:
13 December, the ‘St. Jean Baptise’ rounds Cape Marie Van Diemen and passes the Endeavour with neither Ship sighting the other due to bad weather conditions.

12 July 1772, the French bury a bottle at Waipoa, on Moturua Island. Within the bottle were enclos’d the arms of France and a formal statement taking possession of the whole country; with the name of ‘France Australe’

11:30am, 12 December 1769, The ‘St Jean Baptise’ sighted the Coastline of New Zealand just south of the Hokianga Harbour.