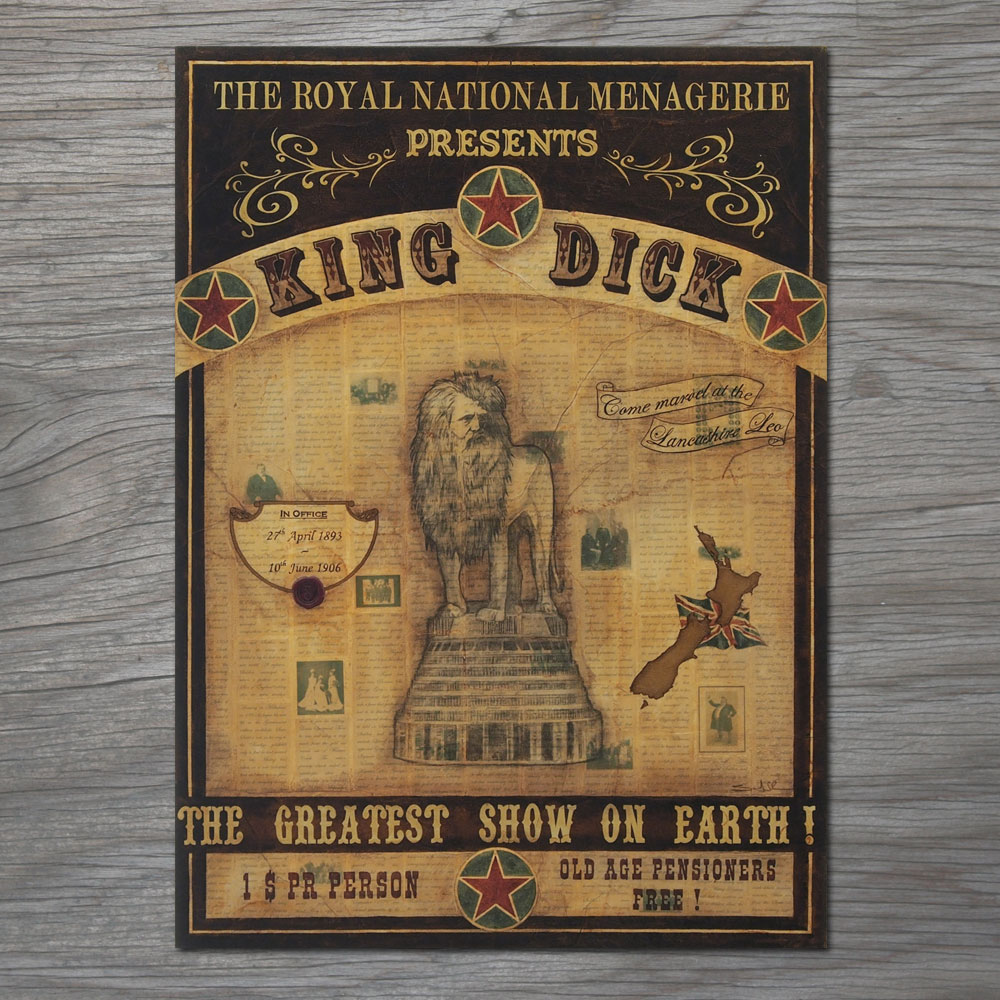 This work was inspired by my time as a Wellington city tour guide. During my tours I would drive past the Wellington or Newtown zoo and talk about the lion ‘King Dick’ who was gifted to the city of Wellington by Bostock & Wombwells travelling menagerie in 1906. The lion was then named after our Prime Minister at the time, Richard Seddon.

Later in my tour I would stop off at Parliament and discuss the buildings, history, culture and statues.  It was this obvious connection between our Prime Minister and the lion along with Parliament which can sometimes be related to as a circus ring.

The Beehive: A curious looking structure that would do nicely as a lions performing platform.

The Lancashire Leo: Seddon was born in Lancashire and had a thick accent throughout his life.

New Zealand Flag: Represented by the 4 red stars on blue and the Union Jack sitting behind the image of New Zealand.

New Zealand in gold: Representing the gold rush in which brought Seddon to our fine shores.