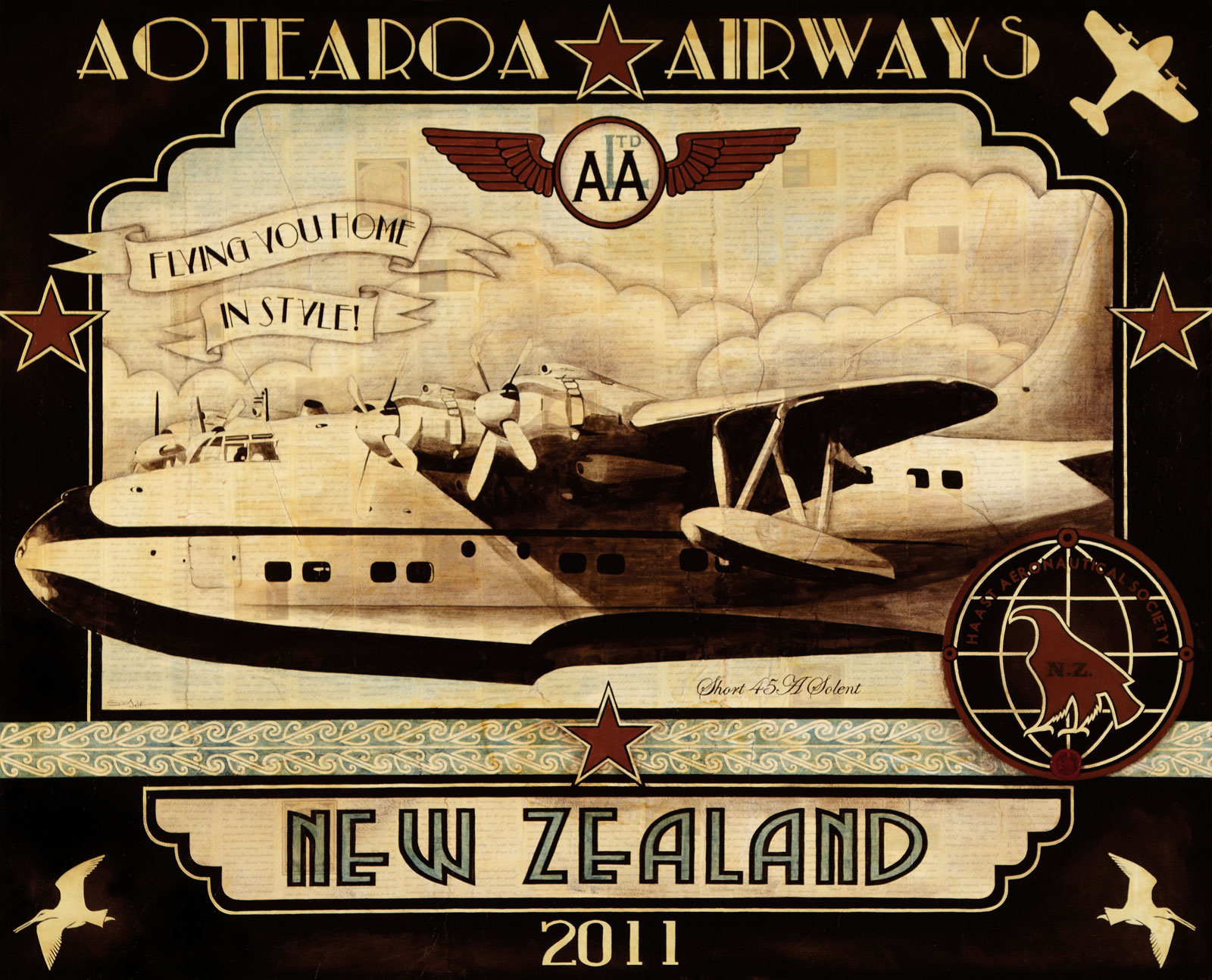 Flying You Home in Style the Solent Way

Air craft: The Short Solent was the civil adaption of a more powerful Sunderland aircraft. This painting was based on the ZK-AML which was christened ‘Aotearoa ll’ by H.R.H. Princess Elizabeth in 1949. In addition to being operated on the trans Tasman Sea routes, the Solents were also used on the glamorous “Coral Route” from Auckland to Fiji, Samoa, the Cook Islands and Tahiti.

Godwit: The two white bird motif’s represent the godwit or in the Maori language ‘kuaka’.

Kowhaiwhai (scroll design): The inspiration for this Kowhaiwhai came from Ngaru, a traditional Maori design representing the cutting of the waves as the ‘waka’ moves through them and by the famous koru motif from Air New Zealand