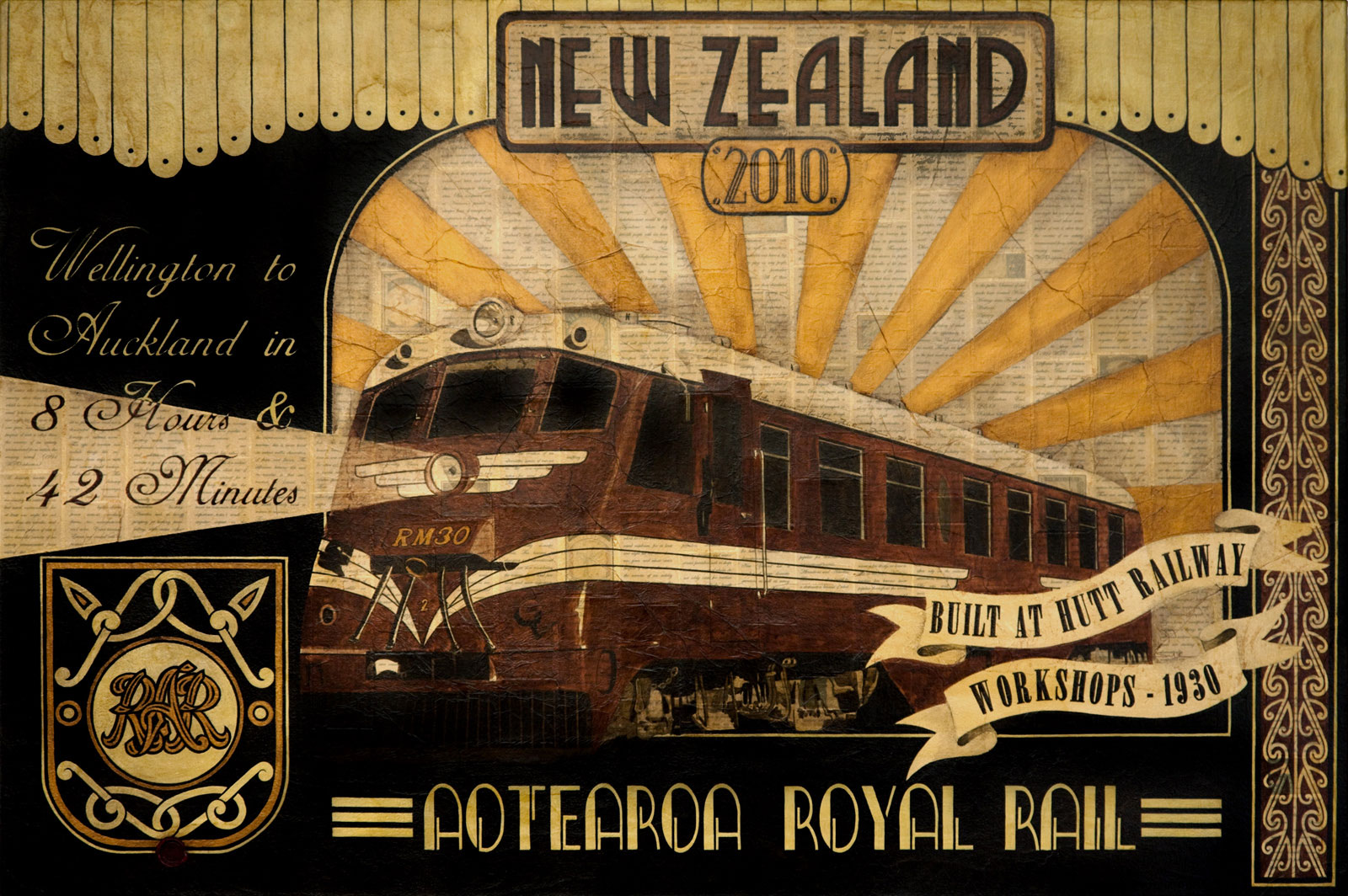 A Tribute: To New Zealand Rail

Train:  The RM30 is one of six Standard railcars manufactured by NZR at the Hutt Workshops in 1930. Along the roof I have listed the other railcars which were all named after famous ancient Maori canoes:

Kowhaiwhai (scroll design): Inspired by: Ngaru, a traditional Maori design representing the cutting of the waves as the ‘waka’ moves through them; the famous koru (fern frond) motif which Air New.

Aotearoa Royal Rail (logo): I have incorporated a design I saw on an old New Zealand Rail bench seat into my logo. I used the word royal due to the many connections to NZR which had crowns in them.

Roof: Last time I was at the Otaki railway station I took some photos. The roof trim along the top of the painting is based on them.