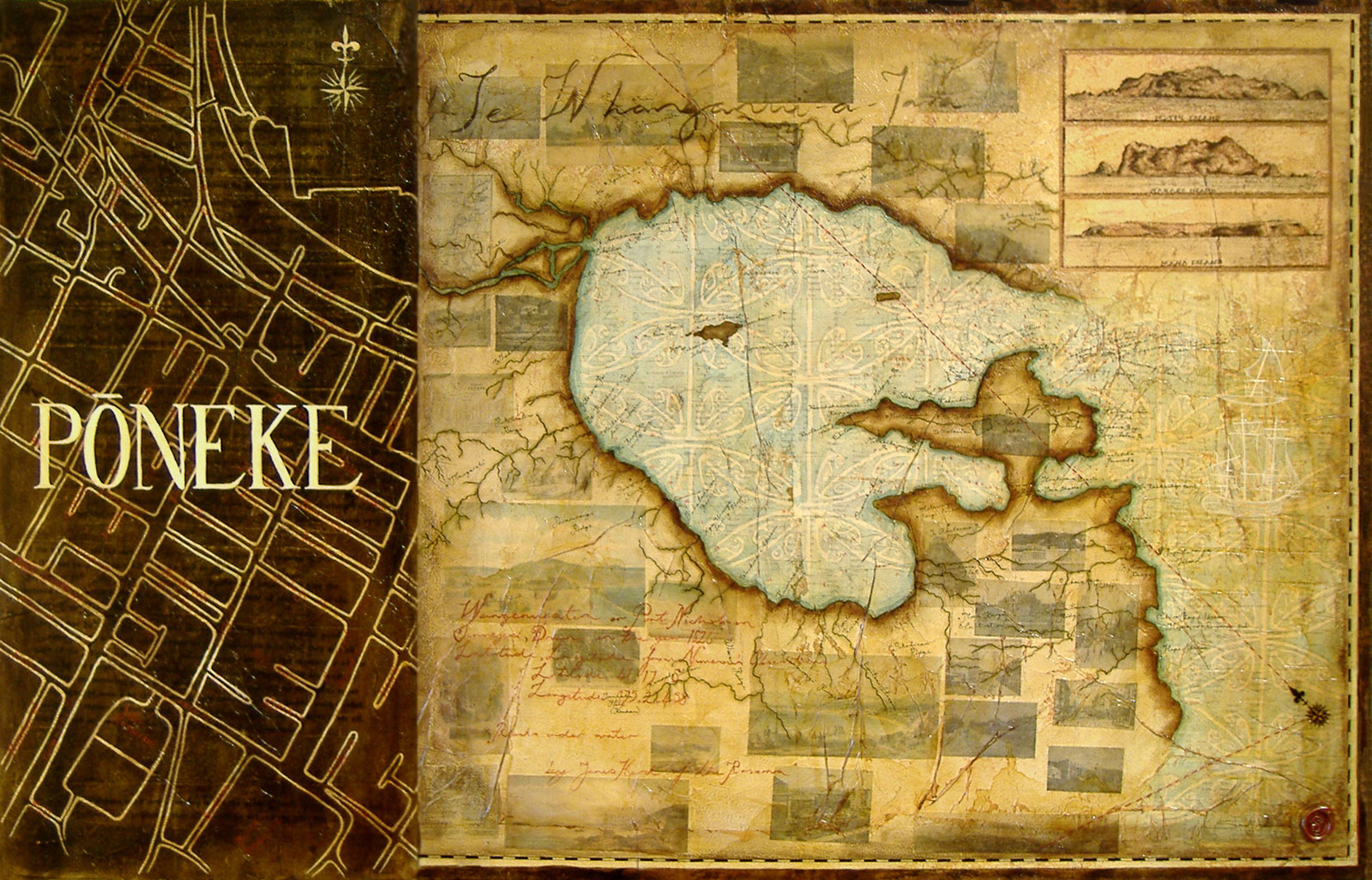 The title of this painting is based on the title of a map by James Herd of the Ship Rosanna in 1826.  Wangenueatera is Herd’s rendering of ‘Te Whanganui-a-Tara’ –‘The Great Harbour of Tara’ the original name of Wellington by Maori.
The red numbers are Herds surveying marks from the original map.

White Ships: The ‘Waka’ with triangle sail is based on the Out Rigger Canoes used by Polynesian Explorers for long distance travel.  The sailing ship is the Endeavour.

Background Script:  Lists the names, ages & professions of the people aboard the first immigrant ships to enter Wellington Harbour.

Poneke: Transliteration by the Maori of Port Nicholson.

Street map: Based on an ‘Infomap’ I found in my room when I moved in.  The map was compiled in 1988 and showed coordinates in metres in terms of the Geodetic Datum 1949.

Pre European Map: Based on a map from ‘The Pioneers of Port Nicholson’ by David McGill