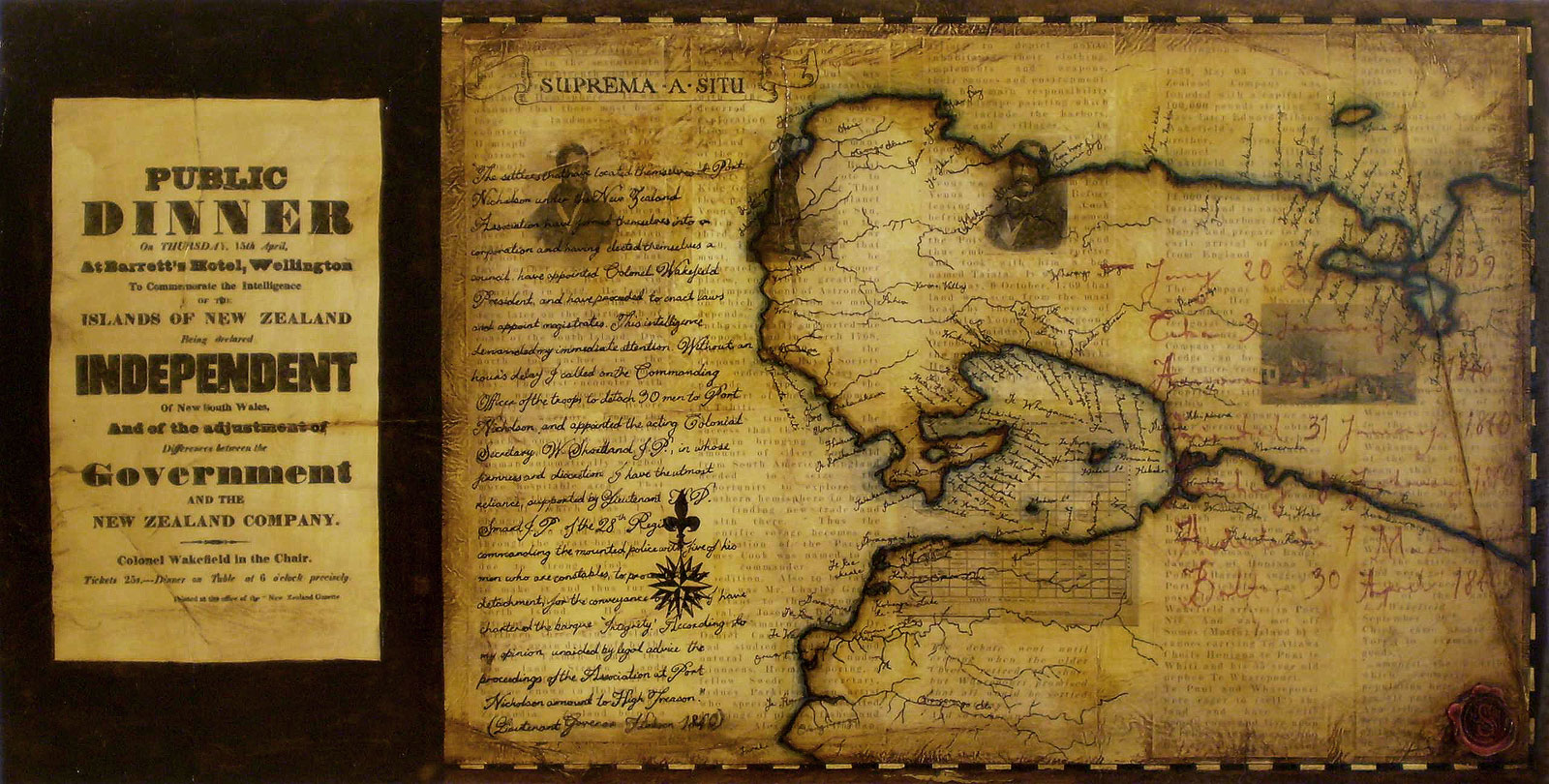 Suprema A Situ – Supreme by Position

“The settlers that have located themselves at Port Nicholson under the New Zealand Association have formed themselves into a corporation and having elected themselves a council, have appointed Colonel Wakefield President, and have proceeded to enact laws and appoint magistrates. This intelligence demanded my immediate attention. Without an hour’s delay I called on the Commanding Officer of the troops to detach 30 men to Port Nicholson, and appointed the acting Colonial Secretary, W.Shortland J.P., in whose firmness and discretion I have the utmost reliance, supported by Lieutenant H.D. SmartJ.P., of the 28th Regiment, commanding the mounted police with five of his men who are constables, to proceed with the detachment, for the conveyance of which I have chartered the barque Integrity. According to my opinion, unaided by legal advice, the proceedings of the Association at Port Nicholson amount to High Treason.” (Lieutenant Governor Hobson 1840)