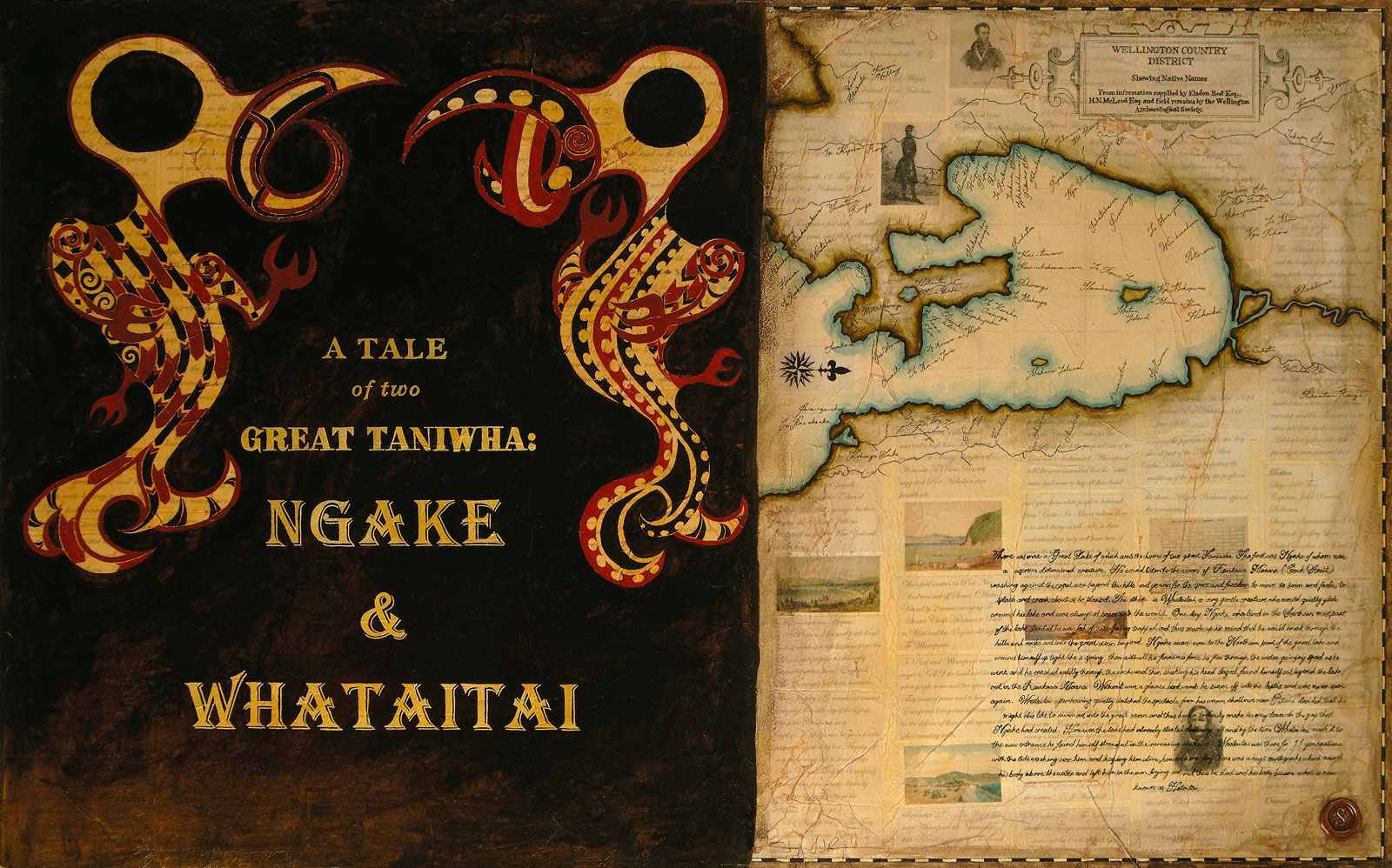 This story is on the painting twice. 1st Behind the images of Ngake & Whataitai on the left. 2nd Handwritten script on the right.