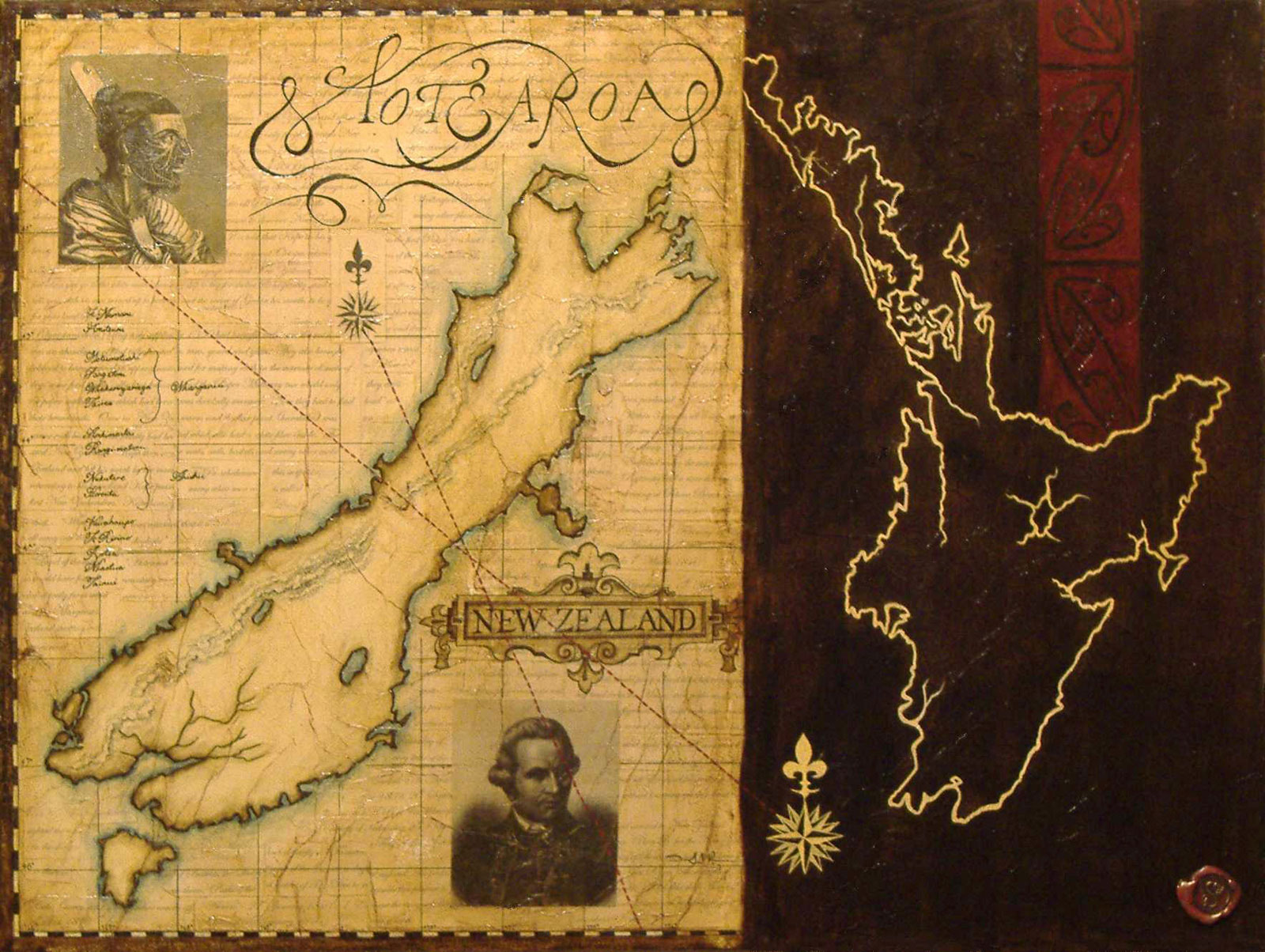 Based on a Chart from original Surveys by Thomas Mc Donnell.Lieut. R.N. 1800’s

Latitude & Longitude for the South Island are the same as the original map.

Handwritten Script: The beginning of the list of waka (canoes) that settled in New Zealand

There were over 800 people on the first 5 ships that left England before it was even known where the settlement was going to be, even without knowing whether the sites had been purchased.

Within 3 months all 5 ships and the Bolton had arrived in New Zealand. The Maori were astonished and asked whether  the whole tribe of England had come?