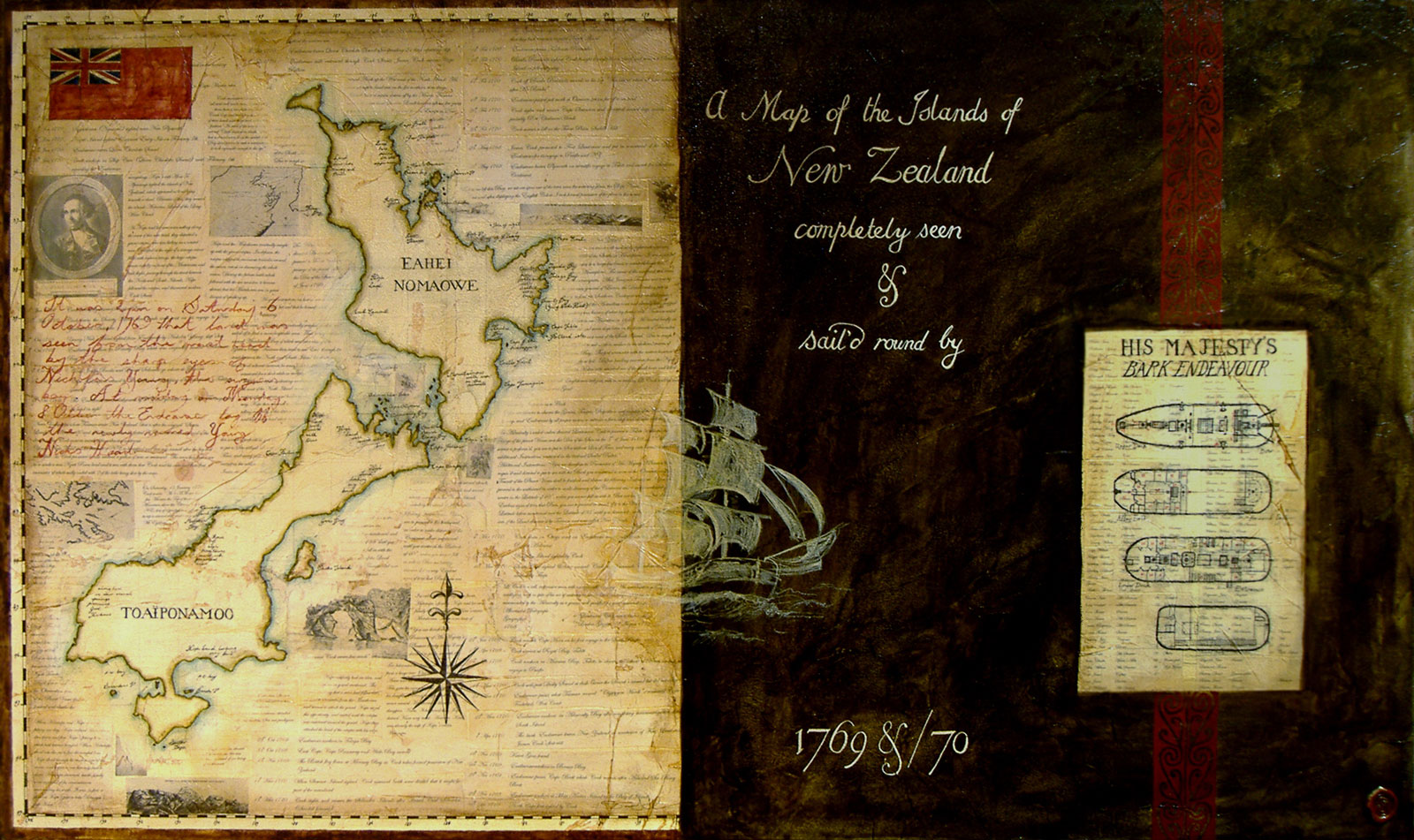 Based a map made by an unknown member or Cooks crew in 1770.

The image in the centre is the Endeavour.

Flag: British Red Ensign or “Red Duster” is a flag that originated in the early 1600s as an ensign flown by the Royal Navy. It is currently used as the civil ensign of the United Kingdom.

The Admiralty’s sealed orders directed Lieutenant Cook to proceed to Tahiti “to observe the passage of the planet Venus over the Disc of the Sun on the 3rd of June 1769…..” “When this service is perform’d, you are to put to Sea without Loss of Time, and carry onto execution the additional Instructions contained in the inclosed Sealed Packet.”

Script behind the floor plan is the full list of men aboard the Endeavour on her first voyage to New Zealand.

Note: There are also parts of Kupe’s story, the first Polynesian Explorer to find and navigate the coast of New Zealand.

Red Kowhaiwhai design: ‘Ngaru’ From Ngati Kahungunu represents the cutting of the waves as the waka moved through the water.