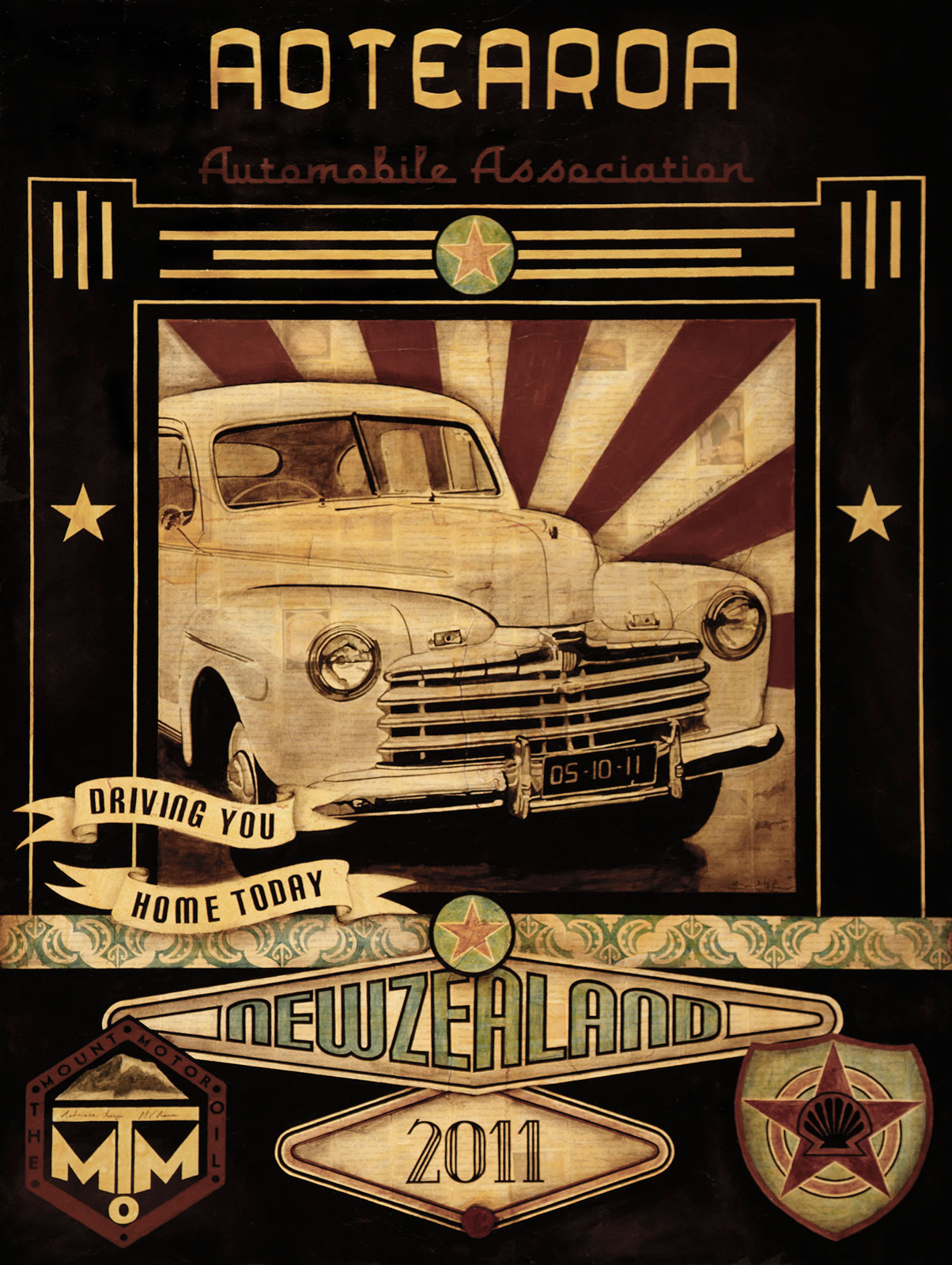 Driving You Home Today in the Ford Side-valve

Commemorating the Rena oil spill, New Zealand’s worst maritime environmental disaster, caused by the grounding of MV Rena on the Astrolabe Reef. This painting shows a duel as it is also celebrates the beauty and design and the mechanical and practical allure of the Ford vehicle.

Car: The Ford Sidevalve is a side valve from the British Ford Motor Company. The engine had its origins in the 1930s Ford Model Y… A selling point for car companies today…smaller cars, smaller engines, more environmentally sustainable!

Border design: The border is based on an image I found of a classic art deco car garage.

The Mount Motor Oil Logo: The common term for Mt Maunganui which is the image inside the logo, referencing the oil that washed ashore.

Shield logo/s: This is a generic petrol station logo which brings in elements of the main companies that I grew up with.